Imagine if we'd been told the truth....

"There's going to be a huge power grab.

We are going to start with the "non-core" workers. Cooks, cleaners, security guards and so on.

They won't be employed by your employer.  They will be sold to a third party provider.  The new employer will have two ways of making profits: cutting corners, and attacking the workers.

We realise you won't want this, so new laws will prevent you from taking industrial action to support them or stop us.  The new laws will help us carve up public services so our mates can
profit from them,

Over time we'll replace the permanent contract with a temporary one.   Union solicitors will spoil our fun with those, so we will move to using agencies.

Unions and left leaning politicians across Europe will eventually force through agency worker regulations, but we will find ways around them.

By 2000, we will have completely defeated the millions of "non-core" workers,   Pay and conditions will be nailed to the floor.  They will have no security and no prospects.  We will expect full flexibility and the right to impose whatever changes we want.

But absolute victory - bordering upon humiliation - will not be enough.

Our development of "zero hour contracts" will be remarkably successful.  By 2015 we'll have well over one million people on them.  And the beauty is, we will widely introduce them into core workforces across the private sector. To get away with it, we'll ensure unions are kept out of the emerging new private sector.

These awful contracts will attract publicity, so we'll work hard at persuading the public that people really do like, want and need them.

In 2016 there will still be around 1.4 million people on an agency contract.  Many of these workers
will stay on the same placement for years.  But we will get away with it, plus it will be years before anyone notices our tax dodges.

We won't manage to kill the permanent contract.  But our friends in parliament will
give us the right to sack at will for the first two years in the job.,  We will be irritated by EU workplace discrimination laws, but we'll lobby hard and continue to move things our way.

But there will still be millions of people on permanent contracts with access to justice.  To stop this we will get close to bringing in "no fault dismissals", but the Tories bottle it. This will
trouble us, but as an interim measure we do get given the introduction of fees for Employment Tribunals. With fees, hardly anyone will be able to afford to claim so most bosses will have not worries.  Union members will still be able to take us on, but we will manage to de-recognise lots of them following TUPE transfers.

Best of all, our friends domination of the media will mean that most people will be ignorant of our sweeping power grab.  Our plan is brilliantly clever, and will all happen so gradually that you lot won't notice.  By 2016, over seven million people will be exploited.  Coordinated pro-business action will take place across the globe, particularly in the English speaking countries. There will be concerted efforts to use popular media across the world to demonise Trade Unions.

As for unionised permanent workers, we are delighted that new laws for 2016 will further weaken the right to strike, Better still, new laws will squeeze the cash unions can give to the Labour Party.

For at least the next 35 years or more, global corporations will pull the industrial strings of the UK. Our work will never be done.

Any political challenger will be ruthlessly savaged.

Overall, we will be very satisfied indeed with the way things are going."

It's great that Zero Hour contracts are unpopular, and there's a chance of them getting banned or scaled back.

But banning them completely is little more than applying a plaster at a time when major surgery is needed.  There are growing calls to overhaul employment law to take account of the gig economy. There are also calls for union protection for foreign workers.

But employment laws have been constructed to enable a miserable and never ending race to the bottom, There's downwards pressure on terms and conditions across all sectors of the economy. This trend has continued in good times as well as bad. This is not market forces, it's a market stitch up. The market is only "free" for those parts of it that global capital likes.  A truly free market would not have regulated Trade Unions.

The balance at work between worker and employer has moved way, way too far in the employers favour.

So what should be done?

We've been attacked on so many fronts for so long, I favour two very simple changes to redress the balance.


1. As things stand, it is assumed you won't be in a Trade Union. You must positively opt in to join one. I believe we should flip this the other way: all workers to be automatically enrolled into a union, with the right to leave whenever you like.  A small change yes, but one that would restore the ability of workers to be paid and treated properly.

2. For anyone not on a permanent contract, I believe they should be exempt from any Trade Union legislation & free to take any collective action they choose.   Dodgy contracts would soon disappear.....


No comments:
Email ThisBlogThis!Share to TwitterShare to FacebookShare to Pinterest


Quite rightly, a national blacklist exists of care workers who have abused or mistreated a resident or service user.

Workers in this sector are at high risk of being drawn into a serious investigation.  Service users make complaints - and by no means are all of them well founded.  The families of service users complain. Same as anywhere else, your colleagues can complain about you.

Because of the importance of any care home, the employer cannot ignore any complaint and must investigate all of them.   It's rare to find an experienced care worker who hasn't been involved in a disciplinary investigation.

So here's the really scary thing.  It's not just your job on the line when there's an investigation. It's your name and reputation.  A dismissal from the care sector carries with it the very real possibility that you will never work again doing what you love. In other words, your career can be completely destroyed....permanently.

I dealt with a hearing this week in a care home for adults with learning disabilities.  A service user with aggression issues opened an internal door where he shouldn't have been. A very decent care worker held up her hands in front of him to gesture he should not come closer.

To the colleague standing behind, it looked like a push. Because she is also a decent and caring support worker, she felt it her responsibility to report the incident.   I believe that both were being sincere.

The support assistant loves her job and has been devastated at the prospect of being banned from caring for others. The investigation has taken months (no good reason for that, but not unusual) and has made her unwell. So has been so upset and horrified by the allegations that she was in no fit state to represent herself at the most important meeting of her life. As with most cases I've done in the care sector, I believe the outcome would have been very different had the union not been involved.

Employers never need to prove something, they only need a "reasonably held belief" of guilt.  They look at "the balance of probabilities".

Faced with the calamity of dismissal from the care sector, it is extremely unwise not to be a member of a Trade Union.

Because so many are not, there are decent people on the blacklist who shouldn't be. Decent people whose lives have been needlessly ruined.  Residents have been deprived of quality carers.

Worse, some employers are spiteful when it comes to the blacklist, and use it as a threat. Some workers even end up on the list before any hearing has been heard. Because union membership is low in the sector, nobody has any idea how widespread this abuse of the workers is.

Like the old legal saying goes, "the client who chooses himself as his lawyer is a fool."
No comments:
Email ThisBlogThis!Share to TwitterShare to FacebookShare to Pinterest
Older Posts Home
Subscribe to: Posts (Atom) 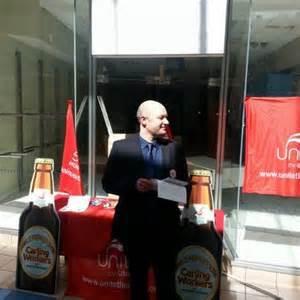